The Small Business Guide to Marketing on TikTok

When small business owner Elyse Burns received one thousand notebooks for her stationery shop, weighing one thousand pounds, she expected to have her work cut out for her. After spending a week opening boxes, organizing notebooks, and preparing her books, Elyse Burns finished organizing her notebooks. However, she did not expect to ship them all out so quickly.

In just four days, her online shop, Elyse Breanne Design, sold out of all one thousand notebooks. Her massive sales were due in part to the social media app Tiktok. Selling out so quickly “was pretty remarkable,” Burns said.

Her story is not unique. A combination of Tiktok’s algorithm and the massive amount of users has caused many small businesses to blow up.

By the end of the year, Burns had an increase of 600% in retail sales. 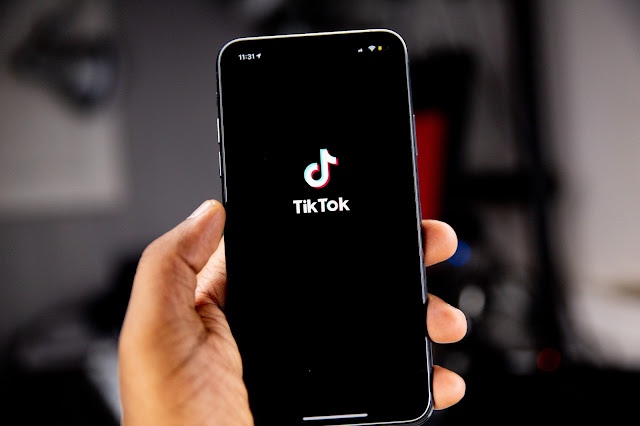 After hearing about Tik Tok several times, Elyse Burns became interested. As a small business owner, she often used social media to attract sales. She thought that Tik Tok “might be a good avenue to start promoting my business.”

In early April of 2020, Burns posted her first Tik Tok on her account. As consistently posted Tik Toks, she saw her sales grow. By the end of the year, Burns had an increase of 600% in retail sales.

However, while 2020 was great for her, she truly exploded in January of 2021. In one month, she did the equivalent of six months of sales from January to June of 2020. As a result of Tiktok, social media now accounts for over 90% of her sales.

The use of an algorithm allows Tiktok, “to bring a small business to a much larger audience pretty quickly”

Why TikTok is so effective.

There were several reasons why Tik Tok was an effective marketing tool for Elyse and other small businesses. First of all, there are a lot of people on Tiktok. In 2020, 18% of the global internet users used Tiktok. With so many users, small businesses have a large audience to market their products towards.

TikTok’s algorithm also contributed to small businesses thriving on the platform. Users mainly use the for you page to watch content. This page recommends new creators and their content. But while other social media platforms also have algorithms, Tiktok’s algorithm is different. TikTok’s For You Page will once in a while recommend content from somewhere that “doesn’t appear to be relevant to your expressed interests” according to a press release from Tiktok. TikTok’s algorithm allows creators, like Burns, to have their content showed to a wide variety of users.

Also, because Tiktok uses an algorithm, it elevates videos that the algorithm likes. Its algorithm has the power to make creators, like Burns, go viral. The use of an algorithm allows Tiktok, “to bring a small business to a much larger audience pretty quickly” says Glen Gilmore, a Rutgers Adjunct Professor in Social Media Marketing.

All of these advantages are combined with Tiktok’s cost. Using Tiktok is free. Unlike sending out mailers, billboards, or commercials, which all cost a lot of money, small businesses do not have to spend money on Tiktok.

However, while Tiktok has been great for small businesses, small businesses are hesitant about its future. Social media platforms are coming under increased scrutiny. It also concerns her because social media accounts for a majority of her sales.

One of her main concerns is anti-trust against big tech companies, like Google and Facebook. ‘I’m a little bit nervous about antitrust regulation.’ Elyse Breene said. Big tech companies, like Facebook and Google, currently have lawsuits against them for antitrust. These lawsuits could affect her social media presence, including Tiktok, which is a problem because she does most of her business through her social media platform.